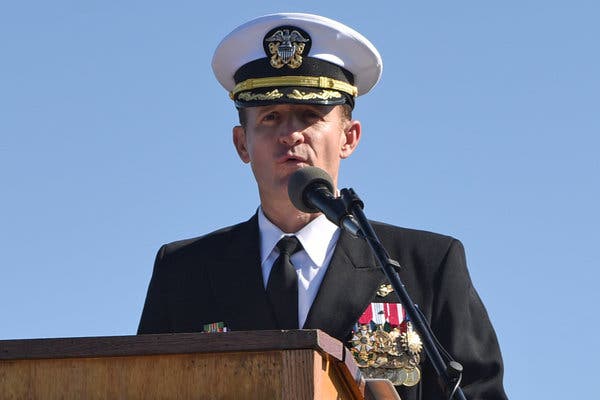 Overnight, six hundred and thirty people died in New York hospitals. I read a statistic, one New Yorker is dying every three minutes from COVID-19 – but that can’t be true can it?  But maybe it is, or why would a special team of 42 military mortuary affairs officers  from Virginia be dispatched to help the overburdened city medical examiner.  Also one in six NYC police offers are out sick. In New Jersey, the daily deaths spiked even higher; they’re flying the flag at half mast to honor the dead.

In a chapter right out of Orwell’s 1984, after Jared Kushner insisted to the press that the federal stockpile was “our” stockpile and the government was not going to be treated like some sort of shipping clerk and because no one puts Baby in a corner (I admit I made that last part up, Jared didn’t say that..but he looks like he might, any minute), the White House website’s description of it’s own Strategic National Stockpile was recently altered to reflect its anti-shipping clerk stance towards the states.

Before, the site  read “the nation’s largest supply of life-saving pharmaceuticals and medical supplies for use in a public health emergency severe enough to cause local supplies to run out. When state, local, tribal, and territorial responders request federal assistance to support their response efforts, the stockpile ensures that the right medicines and supplies get to those who need them most during an emergency.”

Now some Winston Smith-like character in the Trump administration (I’d really like to know who, actually) has changed it to call the stockpile a “short-term stopgap.” And just like that, future national preparedness for any calamity is put in question, as a matter of policy. I guess we should count ourselves lucky the website doesn’t just read crimethink.

In other news, we said goodbye to America yesterday. It was everything you’d expect a moment like that to be: full of self-sacrifice, dignity, gratitude, pride. There were people in uniform. The flag. A cheering crowd. Nearby, great engines of our national progress and power sat dormant. It was a scene beautiful, poignant, movie-ready – a lot like America itself.  It was brief. The ship’s bell sounded, and a whistle. Only five words were spoken.

In the video, hundreds of crew and civilians formed a zigzagging gauntlet of respect for Captain Crozier, whose progress is preceded by a slow moving salute like a wave rippling through the crowd. He is borne across the gangway to shore on a rousing cheer, his name repeated, chanted, sung. Nothing else but his name, because nothing else was needed because in just a few short days his name had come to represent so much, his name had come to represent the distilled essence of America, the good guy doing the right thing even under difficult circumstances, our vision of our best self made real.

I watched different videos of Captain Crozier’s departure, just like I reread Little Women as a kid – over and over, hoping for an end without the bitter aftertaste, the seeming inevitability of the protagonist dying. I thought Beth’s death seemed like the kind of thing that only happened long ago, because of a lack of technology, knowledge, modernity. But Beth had a better death than a lot of Americans are facing right now, alone in hospital corridors, waiting for ventilators that never come.  From every perspective the ending of America is just as intolerable as Beth’s young life prematurely ending (also by infection); a small domestic incident that is anything but, an incident that represents the beating heart of the hero’s journey that was supposed to be America. In the best version of the ending of America, as the captain is saluted, then enters a car and disappears into the night, the person holding the phone whispers, the greatest of all time.

Good news: A Brooklyn landlord canceled April rent for 80 apartments to help alleviate stress, and one of his tenants says the move didn’t surprise him because the landlord has always been awesome like that

See past entries in Coronavirus Event

2 responses to “The gauntlet of goodbye”