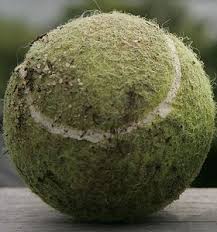 Saturday March 21st: in which socially distant basketball is a thing; the unexpected and unnerving sight of your neighbors; what Ray Bradbury understood

I went for an afternoon run, usually a lonely affair in which I see a dog walker or two, sometimes another runner, maybe some tourists walking through the famous Presidio eucalyptus forest. My neighborhood is one of second and third homes – mansions, actually – with Latino women pushing the expensive baby carriages of their wealthy employers.  But now, in the first days of the California shelter in place edict, things couldn’t be more different. The neighborhood is alive with people: couples strolling, bikers in groups, runners and electric scooters humming briskly down the sidewalks.  It is difficult to navigate a six foot buffer between me and my newly espied neighbors. The winding trails in the park are even worse;  running around a blind corner,  I startle walkers and we leap to keep distance between us.

As I pass the recreational complex I am stunned to see not one but TWO games of pick up basketball, and most of the tennis courts in use. As I pass, a walker calls out to one of the tennis players; she responds defensively “We thought tennis was ok.” Her partner chimes in “We’re so far apart!”  As if to demonstrate, she tosses the ball high in the air and serves it to her partner across the net and whether that ball delivers a payload of virus is an academic question at this point, I think.

Children crawled over the metal jungle gyms in the playground; their shouts and shrieks would normally be a welcome sound but today the sound mixes uneasily with my own mental shouting “Get those kids off that germy equipment and each other!”

On a normal day on this run, I’d see more coyotes than people; today the coyotes are scarce, possibly because I spotted more than seventy people, including two groups of more than five teen-aged girls walking with their shoulders brushing. At two miles I turn for home, pinging and ponging across trails and streets as I spot oncoming foot traffic. As I pass a man getting into his car, he hawks and spits on the curb.  A woman sneezed so loudly it echoed between houses: Achoo!

It’s so weird! said my daughter, returning from her own run. Like, where are all these people normally?  Whatever the usual reason – at work, traveling, in their vacation home in the wine country, in their east coast mansions – they are stuck here now, if the rumors are true that the national guard and military are deploying to enforce a nationwide lockdown to last for a week.

It’s like when we were kids, my h remarks, and he’s right: in the city, people don’t hang out in their neighborhood street like they do in small towns.  As a kid, riding my bike down the street I’d see neighbors on the porch, or working in their yard, kids everywhere. The streets only emptied for dinnertime.

But he’s wrong, too; while people are outside, they aren’t being social – they are social distancing.  There is very little friendliness being exchanged; in what I take to be an attempt at germ deflection, people actually look away as they pass each other.  No one is smiling.  It’s a simulacrum of neighborliness, like the Ray Bradbury story I’ve been thinking of lately, the one where the astronauts land on Mars, and as they exit the rocket ship, they find themselves on a 1950’s era maple-and-oak tree lined suburban street, with long lost friends and family members streaming out of their warm, lamp lit houses to greet them.  Most of the ‘nauts go joyfully home with their loved ones, and just like that they have been separated from each other.  One astronaut tries to stop them, telling them what they already must know in their hearts and are about to learn the hard way, come nightfall:  that the  townspeople aren’t what they seem, that they aren’t people at all.

That’s how my neighbors are looking at each other. Not with neighborliness, but a watchful calculation that I feel mirrored in my own eyes as we scan the sidewalks ahead for obstacles to avoid.

Back home, I feel some reassurance in the virtual embrace of friends and family; the world feels less alien and more recognizable online than on the ground, a situation that is going to be the norm for awhile.

I hope we can get through this treating each other like the fellow travelers we are.

2 responses to ““We thought tennis was ok.””