A recent episode of Fresh Off the Boat has the Huang family leaving their cozy rental for the Orlando Florida version of a de-luxe apartment in the sky – a grand looking mini-manse with an emerald green lawn, a hot tub and heated floors.

Jessica immediately declares they are now house poor; surrounded by apparent riches, to enjoy them would send them to bankruptcy.   So saying, she declares the hot tub off limits for using too much electricity.

This sort of humor might make you think the actress, Constance Wu, is playing the character Jessica for broad laughs, but I knew immediately that Constance Wu is tapping into something real. She either is a cheapskate, herself, or she is like me, a cheapskate survivor.

For the twenty years I was married to him, my ex showed me the true meaning of cheap.  Disclaimer: when I say he is cheap, I mean no disrespect. He’s a really great guy, in all the best ways – the end of our marriage was not brought about by a Cheapmageddon. But he is not frugal.  He is not a money saver.  He is not a penny pincher.  He is a dyed-in-the-wool cheapy cheapo cheaping cheapskate, and it’s time my tale was told.

It’s just a fact. You certainly don’t need to take my word on it – you could ask anyone, and if they are in a position to know, they will immediately, upon hearing his name 1) smile and 2) ask how he is (I told you he is great) and 3) make a crack about how cheap he is.

He is the cheapest person you will ever meet. Cheapness is he wind beneath his wings. It is not a tic. It is not a quirk. It is not a tendency, this cheapness.  This cheapness is grander than that; it is both humble and monolithic in its solidity. It is constant, imperturbable, and permanent, like that rock in the Prudential logo. It is grail-level legendary, for life for my cheapskate ex is not a journey but a quest – a quest to be undertaken as cheaply as possible.

When my ex and I were newlyweds, we furnished our first apartment as cheaply as possible – that is, for free. All of our furniture was donated by family members, but we still needed to buy a bed. I thought buying a bed would be a straightforward affair, but I was just 23, I had only lived with a cheapskate for a few months at this point. I was so naive I still believed a bed had three components: a mattress, a box spring, and a headboard.

My cheap ex saw it differently; a bed had one component – the mattress. The other components were not strictly necessary – addendums, as he saw them – and were therefore negotiable. To a cheapskate, in the lifelong fight to save money, no win is greater than the purchase not made.

I was pretty much adjusted to the notion of sleeping on a mattress on the floor for the rest of my life when one of the ex’s colleagues said You should get a waterbed.  This turned out to be a momentous suggestion in our lives – the ex’s Waterloo of Cheapskatery. Touring the showroom, it became clear the price range of waterbeds, even a deluxe one, was easily less than half the price of a good quality mattress, and that was even when you threw in the mirrored bookcase and the drawer storage under the platform.  The ex’s eyes fairly glowed at this emporium of cheap sleep.

We saved even more money by opting for a full wave motion mattress, which is not really a mattress per se so much as a big rubber bladder that you fill with a hose. We saved even more money when, like Jessica, the ex became fixated on the price of heating water.  A neighbor once called the cops on him; he had looked out his window and saw someone skulking near the water meter below our bedroom window, crouched down.  It never occurred to him it was my cheap husband, scrutinizing the meter to verify that heating the water bed was pulling millions of dollars of amps in unnecessary heat.

In the end I was so tired of the husband running in and out of the house in the dead of night verifying the meter, I was actually relieved when he disconnected the heater. For extra insulation we laid sleeping bags between our bedding and the icy-to-the-touch bladder. You could still feel the cold seeping up through the bedding, but wearing flannel pajamas and socks to bed mostly took care of that. We slept in more layers than I wore climbing Mount Shasta but for the next eleven years the ex slept on that icy cold bladder with a little smile of satisfaction on his face at the thought of the electricity he was saving.

The cheapskate is a professional at getting it cheaper; his success stems from his moral certitude that everything is negotiable. My ex once asked for a discount on the mini-bar in our hotel room. Can we get 10% off, he asked the front desk.  Is your room not to your liking? the clerk wanted to know.  Too noisy? Too cold? Too far from the elevator?  I’d just like a mini-bar discount, my husband repeated, in his Spockian, engineering way, and they gave it to him.  Personally, I think they thought he might be dangerous.

To the cheapskate, the failure to save money is the same as throwing money away. Throwing money away is the cheapskate’s worst fear. Once the fear of money wasted has been evoked, only saving money can comfort the cheapskate.  Any amount of money will do.  I’ve seen my ex pop the car door open and lean out  at a stoplight if he spots a quarter on the pavement and holding it in his palm the same way shaky junkies clutch tiny envelopes of mysterious powder. I’ve seen him wear the same pair of shoes until they formed to his feet and made them look like misshapen potatoes, which as a cheapskate, he literally could not see, focused as he was on what they represented – the $200 he was saving by not buying a new pair.  To the ex those shoes were the epitome of beautiful.

For the cheapsake, getting something cheaper is a deeply embedded core value. The cheapskate has a vision of the world as a hostile place of unnecessarily high margins, the purchase process for any good or service an endless chain of middle men all adding their usurious mark-up to grotesquely inflate the end consumer price.  Not paying full price is a moral duty.  Once, shopping with the ex’s mom, she picked up a package of corn pads.  “My feet are killing me,” she admitted.  She limped as far as the checkout counter but in the end she couldn’t buy them.  “Not ’til they’re on sale,” she vowed. In the cheapskate’s world even pain is negotiable.

Cheapskates do not just look at their receipts; they study them, mull them; they put on their Costco readers and look for hidden charges. The word surcharge sounds bugles in the cheapskate’s blood; it is a cry to arms.

My ex is a Midwestern farm boy whose work as an engineer has taken him all over the world. When we met for lunch to talk about his impending move to China. I could see that he had not changed in the intervening years except to become, if anything, more cheap.

“I just love living in China,” he enthused, and I’m sure anyone who overheard probably thought he was referring to the culture, the food, the gorgeousness of the vast countryside, the people (the ex remarried a Chinese schoolteacher). But I knew different, and when he leaned forward and whispered triumphantly “It’s so cheap. I can live on less than two dollars a day,” a seraphic smile on his face, I have never seen his eyes look so blue. 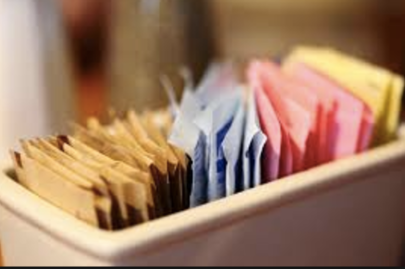